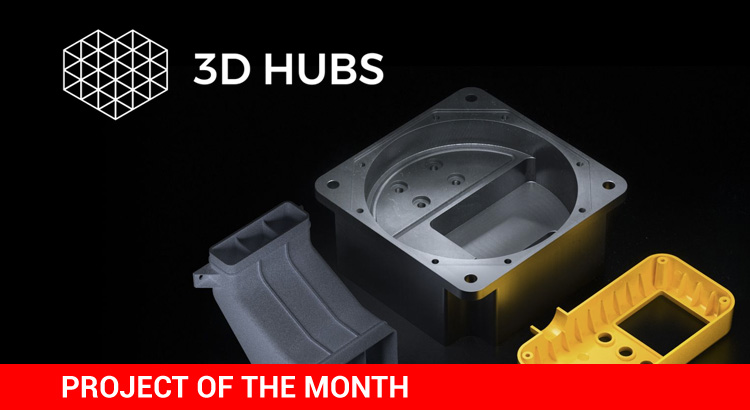 The 3D Hubs online platform helps product designers and engineers find the fastest and most price competitive manufacturing solution. The company was founded in April 2013 and introduced us to the concept of distributed manufacturing, where products are produced locally on demand rather than being mass produced and then shipped to overseas warehouses.

Netherlands-based 3D Hubs, specializes in manufacturing-as-a-service. It helps companies ranging from startups to make prototypes or produce parts for everything from nanosatellites to suspension systems for Formula One-style racing cars. It works with 300 professional manufacturing partners in some 140 countries for jobs involving 3D printing, injection moulding and CNC machining, a process used in the manufacturing sector that involves the use of computers to control machine tools such as lathes, mills, routers and grinders.

« It is often cheaper and faster to outsource production than to do it in-house, » says Brian Garret, the company’s co-founder and chief product officer. He says 3D Hubs works with any industry that uses hardware, including automotive, aerospace, healthcare, consumer electronics and the sensors and instruments sectors.

3D printing never fulfilled its promise in the home and small office. A one-off print can save some of us a trip to the machine shop or music store but in practice home, 3D printing has been a bust.

« We are a software company, » says Brian Garret. « We don’t own any machines. We are purely focused on the best software for pricing parts, detecting the right manufacturers and recommending how engineers can optimize their designs. »