Aliexpress vs Amazon: Where is it better to buy? 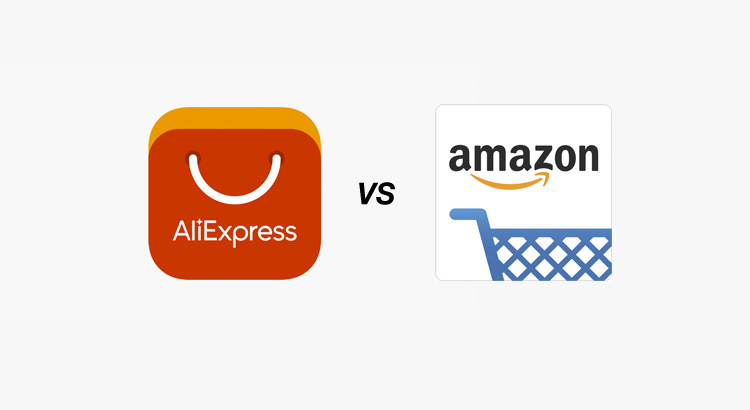 Buying cheap on the Internet is the daily bread for many people. For many others, it is still a practice to be discovered and they still have doubts about the best places to do it. One of the most widespread uncertainties is whether to buy from Aliexpress or Amazon, two of the best-known Marketplaces.

In this article we’ll explain the advantages and disadvantages of using Aliexpress and Amazon, so you can make informed choices, although we’ll tell you that both are good options for several reasons.

What is Aliexpress and what is Amazon?

Aliexpress is a Marketplace created in 2010 by the Chinese company Alibaba, which also has a wholesale trading platform. Although it originally offered only products from China, it is now possible to find sellers from many parts of the world, even though the Orient still has a majority.

Amazon was founded in 1994 in the United States and besides having infinite categories sells products of own manufacture. Spain is the busiest Marketplace. Its sellers are from around the world and has a form of premium subscription (Amazon Prime) with many benefits.

Benefits and drawbacks of Aliexpress

The main attraction of Aliexpress is that its prices are VERY economical. With just a little browsing you can find real bargains and lots of products that sell for less than a euro. In addition, it has “lightning offers” with very succulent discounts for a few minutes on some items.

Another advantage of Aliexpress is that it has a website for each country, so you can buy in your own language and make sure that everything you see can be sent to your home.

When it comes to shipping, one of Aliexpress’s biggest disadvantages is that your shipments usually take weeks to arrive. Being shipped from China slows down the process, so the product you want to buy doesn’t have to be urgent. And the same goes for returns, which can go on forever.

The quality of the products can also be questioned, most of them manufactured in Eastern countries. The fact that their quality is not very high is precisely what allows those low prices, so you will have to put on a scale which weighs more.

Benefits and drawbacks of Amazon

Amazon prices are generally not as low as Aliexpress prices, but they are cheaper than physical stores or large shopping malls.

Without a doubt, one of the greatest benefits of shopping at Amazon is its delivery times, which are sometimes less than a day. That’s because they have huge warehouses all over the world, including Spain.

Amazon is responsible for managing all purchases, even if the vendors are external stores and brands. This customer service is also a plus, especially in the delicate issue of returns, which are very fast and efficient.

Becoming Amazon Prime also has many advantages. The most notable is that for less than 20 euros per year you have free and unlimited shipping, which with about 5 orders would already be profitable.

As the only negative point of Amazon we could dare to say that the web is a bit overwhelming for those who have never entered. There is a marabout of prices and items that make it essential to use filters well. After all, nothing that can not be solved by browsing a little and getting used to the platform.

Payment solutions for your Marketplace