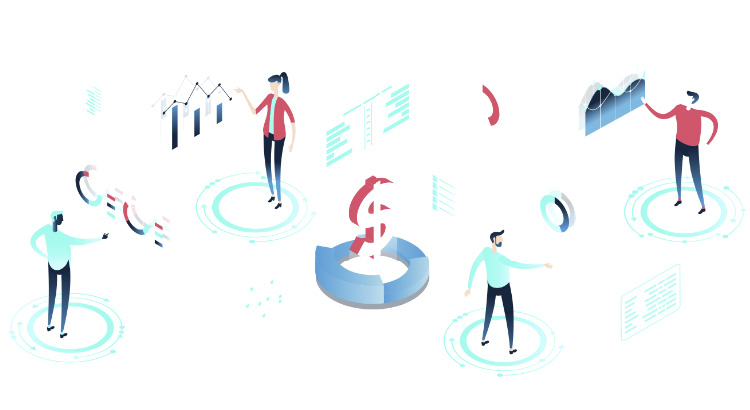 Both countries account for 75% of all patents related to ‘blockchain’, 50% of global spending on IoT, more than 75% of the ‘cloud’ market and account for up to 90% of the market capitalisation value of the 70 largest digital platform companies in the world, according to UN data.

The digital gap is growing day by day. This is shown in the Digital Economy Report 2019, the first to be drawn up by the United Nations Conference on Trade and Development (UNCTAD) in order to map the flows, data and funds of the world’s digital economy. The report shows that digital wealth is concentrated in the hands of a few platforms based in the United States and China.

“The gap between sub-connected and hyper digitalized countries will increase and worsen inequalities if they are not properly addressed,” says the paper.

More specifically, the report notes that both countries account for 75% of all patents related to blockchain, 50% of global spending on the Internet of Things (IoT), more than 75% of the cloud computing market and add up to 90% of the market capitalization value of the world’s 70 largest digital platform companies. 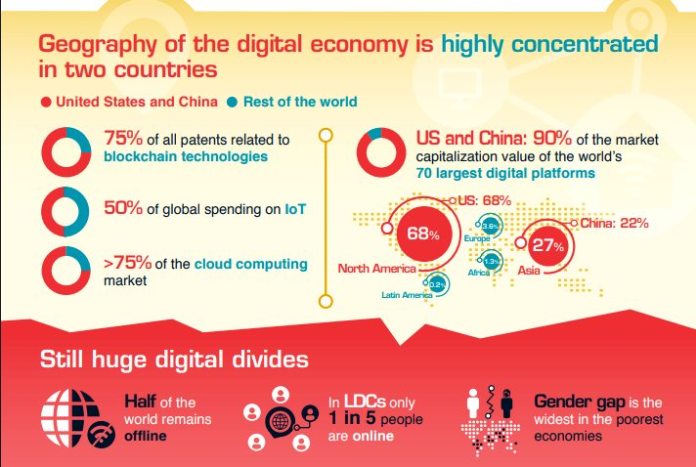 Asia and North America account for 70% of all data traffic 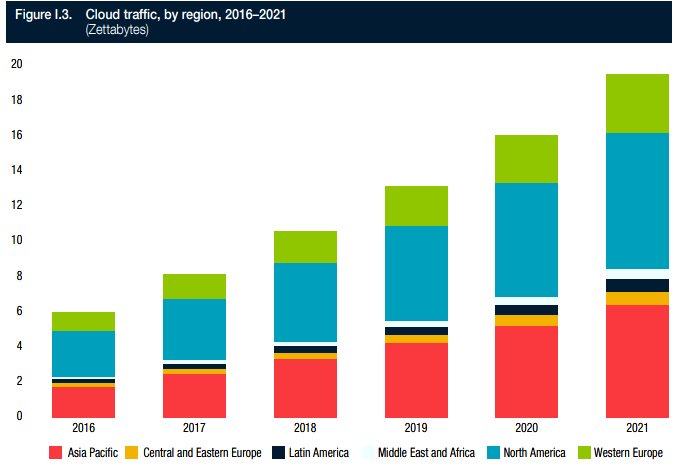 Data and platforms, the engines of the digital economy

The report highlights that data and platforms are the two major generators of value in the digital economy. The first ones, reads the document, do not stop growing with the Internet fever and other associated disruptive technologies such as blockchain, artificial intelligence, analytics, cloud, and so on. Thus, while in 1992 IP traffic was 100 gigabytes per day, in 2017 it already exceeded 45,000 gigabytes per second and by 2022 it is expected to reach 150,700 gigabytes per second.

“A completely new data value chain has been developed, including companies that support data collection, knowledge production from data, data storage, analysis, and modelling,” notes the report, which asserts that companies that build digital platforms have a great advantage in the data-driven economy. “By acting as intermediaries and infrastructure, they are positioned to record and extract data related to users’ actions, interactions and online transactions.

Not surprisingly, the study indicates that 40% of the world’s 20 largest companies by market capitalisation have a platform-based business model. Specifically, seven “super platforms” – Microsoft, Apple, Amazon, Google, Facebook, Tencent and Alibaba – represent two-thirds of the total market value of the 70 major platforms. The combined value of platform companies with a market capitalisation of more than $100 million was estimated at more than $7 trillion in 2017, 67% more than in 2015, according to the report.

These companies dominate entire market areas. For example, Google accounts for 90% of the Internet search market, while Facebook accounts for two-thirds of the global social networking market and is the main social platform in more than 90% of the world’s economies.

In China, WeChat (owned by Tencent) has more than one billion active users. Its payment solution and Alipay (owned by Alibaba) have captured almost the entire Chinese mobile payment market. Meanwhile, Alibaba is estimated to have about 60% of the Chinese e-commerce market.

The dominance of global digital platforms, their control of data and their ability to create and capture the resulting value accentuates concentration and consolidation rather than reducing inequalities between and within countries, concludes the report, which warns that developing countries run the risk of becoming mere raw data providers, while being forced to pay for the digital intelligence generated precisely from their data.

UNCTAD believes that to reverse this situation, governments must establish new rules of the game for the digital economy, which implies adapting existing policies, laws and regulations, as well as adopting new ones in many areas.