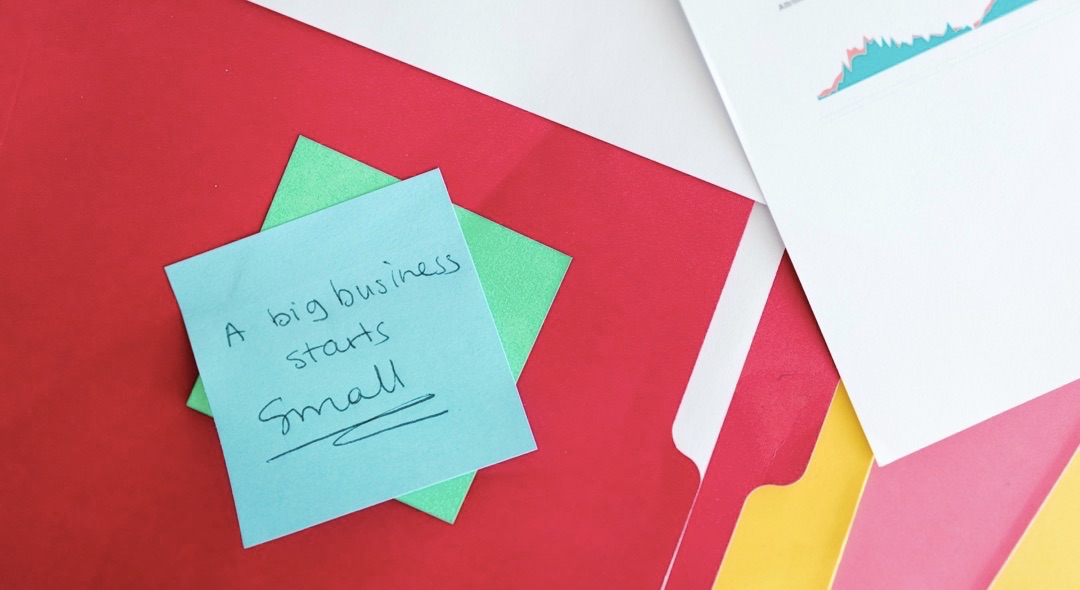 Crowdfunding has become a very popular way to raise capital for a project or product. This is because one does not have to search for an investor to support the project, but can turn directly to the crowd.

A crowd is an indeterminate number of people who support the entrepreneur financially with small or large sums to implement the project.

How does crowdfunding work?

For crowdfunding, it is first necessary for the project to decide on a crowdfunding platform from which it hopes to gain support. There is now a lot of choice on the market.

Also, some providers specialise in campaigns from a particular industry or scene. Also, there are differences in the costs and the campaign process.

Once a project decided on a provider and provider has accepted the campaign, it will be published on the provider’s website for a certain period of time.

During this time, the provider’s users, i.e. the community, have the opportunity to ask questions, leave comments and financially support the project. At the end of the term, the campaign ends.

Whether and how much of the revenue a project receives is dependent on the provider and on factors such as whether the campaign goal has been achieved, etc.

The four types of crowdfunding

However, not all crowdfunding is the same. Different financing models are suitable for different projects.

There are four defined types of crowdfunding. 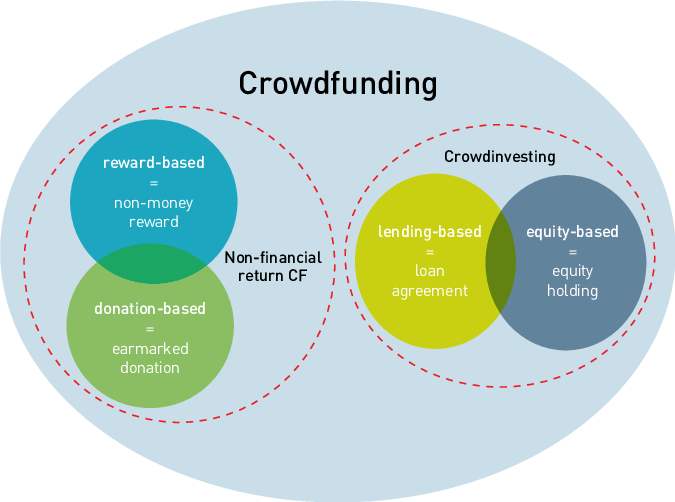 Here is a brief overview of the individual models.

Equity-based crowdfunding is about company shares. This form of financing is therefore particularly interesting for start-ups. The backers invest in the company or project and receive corresponding company shares in return.

Of course, the backers hope that the investment will also increase the value of the company so that they can make a profit on their shares in the event of a successful exit of the start-up.

In this form of financing, investors lend money to the campaigner in the form of a loan. The capital that can be invested in the project through this loan must also be paid back after a certain time at a certain interest rate.

Depending on the level of risk, the interest rate naturally increases. The advantage of this credit-based financing is above all that companies or inventors do not have to deal with banks or sceptical financiers, who first have to be convinced of the idea and only hand over the risk capital with appropriate collateral.

This funding model is based on quid pro quos between campaigners and backers and is also used by platforms such as Kickstarter and Indiegogo. It is particularly suitable for inventors or companies that want to bring a specific product to market.

Investors pay a certain amount and are sent a thank-you in return. Depending on the amount, this can be a small gimmick such as a postcard or T-shirt, the product itself or even a flight to the company’s headquarters.

Donations for projects is the idea behind donation-based crowdfunding. Here, donors invest without receiving anything in return. This charity-based funding is particularly suitable for non-profit projects.

Difference between crowdfunding and fundraising

What exactly is the difference between these two forms of financing and do fundraising projects?

Crowdfunding campaigns always have a specific time frame, a deadline by which the target amount must be reached. This does not apply to fundraising campaigns, here there may be targets indicating how much money is needed, but these are not binding. For supporters, a fixed time frame is certainly more transparent. 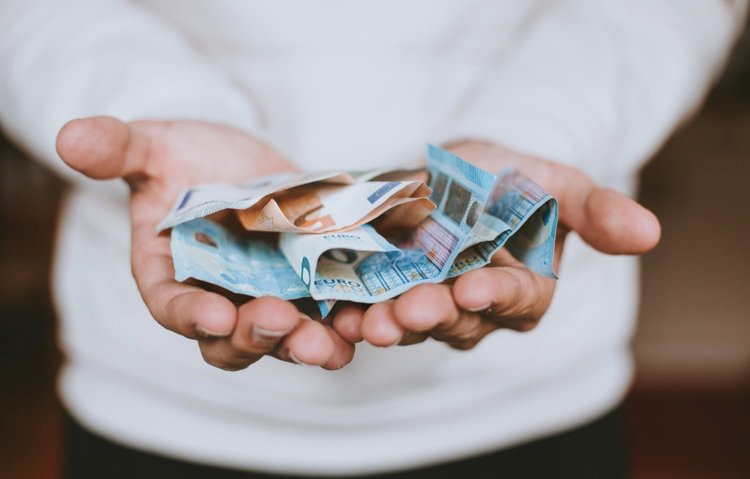 Crowdfunding works according to the all-or-nothing principle, this means that the set funding amount must be reached, otherwise all supporters get their money back.

This is an advantage over fundraising because with this method a “proof of concept” is presented at the same time, i.e. whether the idea behind the crowdfunding project is any good. It also ensures that the planned project can be implemented.

In crowdfunding, there is also the possibility of a return, depending on the type of crowdfunding (see definition above). This possibility certainly offers supporters an incentive to participate in the campaign and at the same time creates a connection between the project initiators and supporters.